What is a Cane Corso?

What modern breeds were used to recreate the once illusive legendary Cane Corso? The answer is NONE. The Cane Corso is not a mixture of any modern breeds (Rottweiler, Pitbull, etc.). It’s a much older traditional breed and considered a cultural heritage.

Sometimes when a breed of dogs becomes extinct breeders are forced to use a mixture of modern breeds in an attempt to recreate the extinct breed. Examples of some of these breeds are the St. Bernard, Irish Wolfhound, Hovawart, Leonberger, certain Mastiffs etc.

In the case of the Cane Corso this breed was only on the verge of extinction. Thanks to the diligent work of Dr. Paolo Breber whom was able to travel the rural parts of Italy and locate some of the last true specimens during the 1970’s, many of us today get to enjoy the direct descendants of this once legendary and illusive breed that was known for its great bravery, loyalty, intelligence and ability! So it’s better to say that this breed has undergone a great revival rather than a reconstruction. 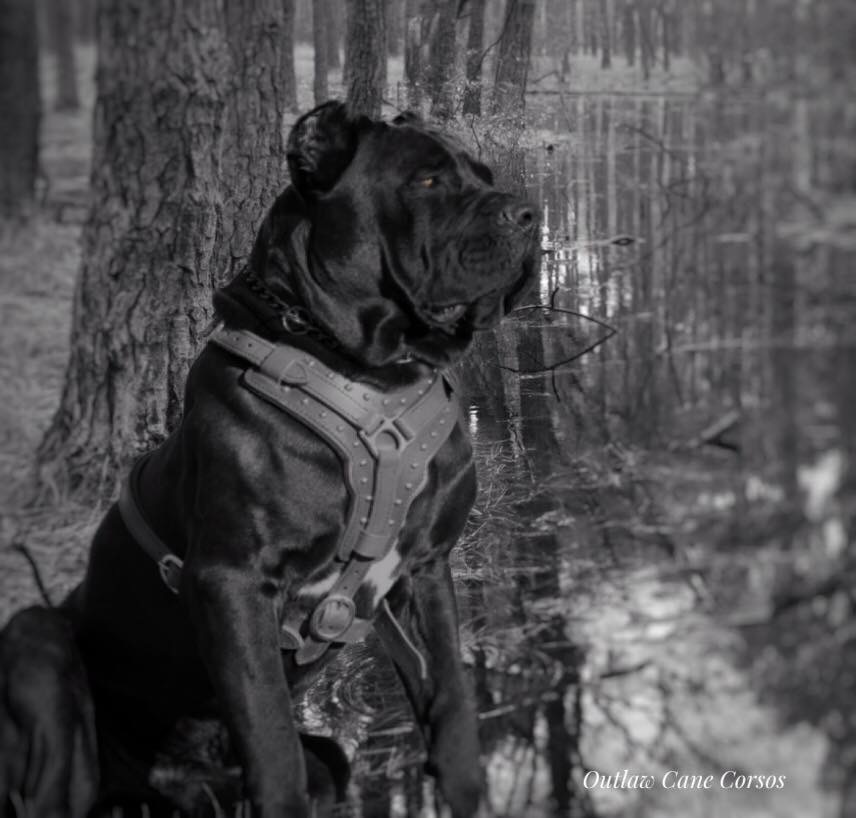 Be aware that even though there are true Corsos available there are also MANY that have been purposefully bred with other breeds such as the Boxer and the Neopolitan Mastiff. These even though registered as purebred CC’s are actually nothing more than cross bred mutts. Having become a watered down version of the true breed.

In the United States it’s popular for breeders to breed for “size” so one of the easiest ways to do this is to cross in the Neopolitan Mastiff but still register the puppies as pure Cane Corsos (this is called hanging papers, a dishonest practice). While this produces a larger dog, it’s generally a fatter slower dog with saggy skin and much less athletic ability and stamina. Also these dogs will have much less of a bite force as compared to a true Cane Corso. The Bite force of a Neo. is 556-580psi. as compared to the 700psi bite force of the true Corso, which is one of the strongest in the world.

When Boxer is mixed in (which is popular for the show ring), again not only are the legendary working temperament traits (courage, fearlessness, loyalty etc.) effected but also the bite of the dog will become much less effective due to the very short incorrect muzzle. This effects both bite force and locking (holding) ability. The bite force of a Boxer is only 230psi at best. A dogs bite is one of its main tools used when working or during protection. A short muzzle dog has much less of a mechanical advantage and breathing ability when “working” or “protecting”. 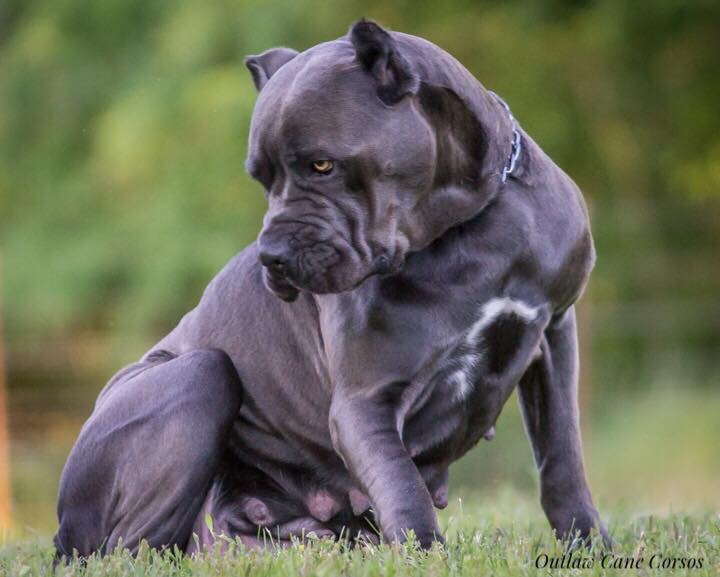 “Your dogs, judging by your videos, are the perfect old-time cane corso, they even have the famous “fire” in their eyes! The result I hoped for when I started.” …. Paolo Breber