Protection dogs and where the Cane Corso fits in. 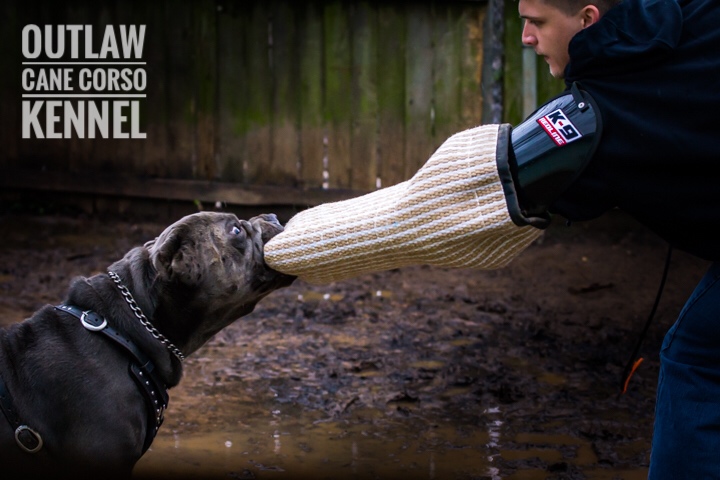 The 4 main drives of dogs.

Breeds like the Belgian Mal. are considered prominent prey drive dogs.  That is what causes them to want to go out and chase humans once trained. This is the preferred type of dogs for some military and police applications.

Prey drive is simply chase drive. One still has to consider the defense drive and the actual fight drive of a dog.

1. The patterns of reaction that trigger him will often override his discernment
and good judgment.
2. Since this type of dog can be triggered by someone who appears to “make the wrong move”, they can never provide the fine discrimination that is based on a sense of responsibility.
3. He can be teased into a booby trap much easier than a natural guardian
4. This type of dog does not always do best in the home environment. They can be very high strung. 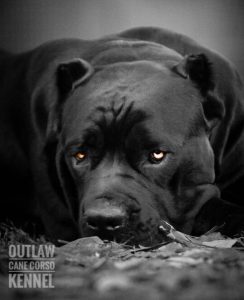 Prominent Defense drive breeds! These are the breeds that tend to make the best natural guardian / protection dogs. The Cane Corso is one of the very best examples. These dogs tend to protect someone or something out of an inherent sense of responsibility, unlike the prominent prey drive breeds. They often need no advanced training whatsoever to physically protect their family or property. Think of a mother bear that naturally defends her cubs. These dogs have many advantages.

1. The main weapon of a dog is its mouth. The bite force of a Belgian Mal. is 198 psi. vs the Cane Corso which has one of the strongest bites on the planet @ 700 psi. The Mal. can rip skin whereas the Corso can crunch bones.
2. The physical strength and size of the Corso is much greater than the Belgian Mal.
3. The Corso is usually much better in a home/family environment. It tends
to be very loving, loyal and protective with its immediate family.

An easy way to think about it is that if you want to STOP a threat coming at you a dog like the Corso can be the best choice but if you want to detain a suspect running from you the Belgian Mal. might be a better choice. Sometimes it’s about choosing the right tool for the job.

As always there are exceptions to the rules. Sometimes the Cane Corso can have a high prey drive as well. This is considered a rarer trait within the breed. (See Outlaw’s Jacks) 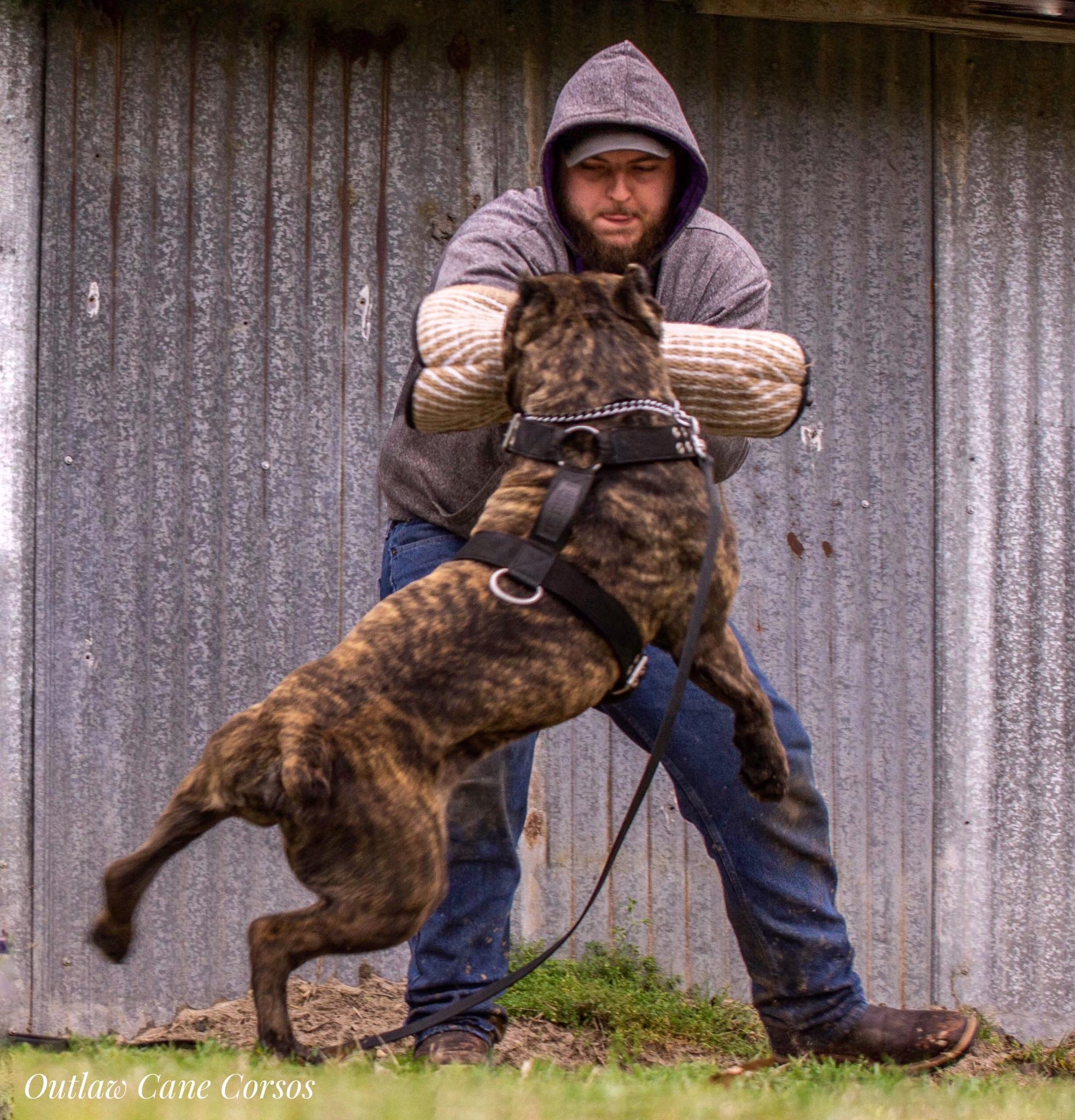 (Video of Jacks working the “out”)

During the revival of the breed it was decided by the S.A.C.C. that the CC should always remain a dog with core temperament traits that include Great Courage , Fearlessness , Family Stability, High Intelligence, Loyality etc.

We go through GREAT effort not only to keep these core temperament traits true but even improve them some along the way!  Again it’s the Outlaw difference!