We have been lucky enough to have Dr. Paola Breber, the worlds leading authority on the CC and person directly responsible for the reconstruction of the breed, agree to provide some articles just for us! As most people are aware, there is alot of confusion about this breed here in the United States. Hopefully Dr. Breber can lend some insight and help clear up many points of interest, while sharing his experiences!

We often get questions about “show dogs” and the Boxer influence within the breed. In this article Dr. Breber addresses that and talks briefly about some of his work with this breed. If you know of any other CC enthusiasts, have them follow this website for the “truth” about the Cane Corso! 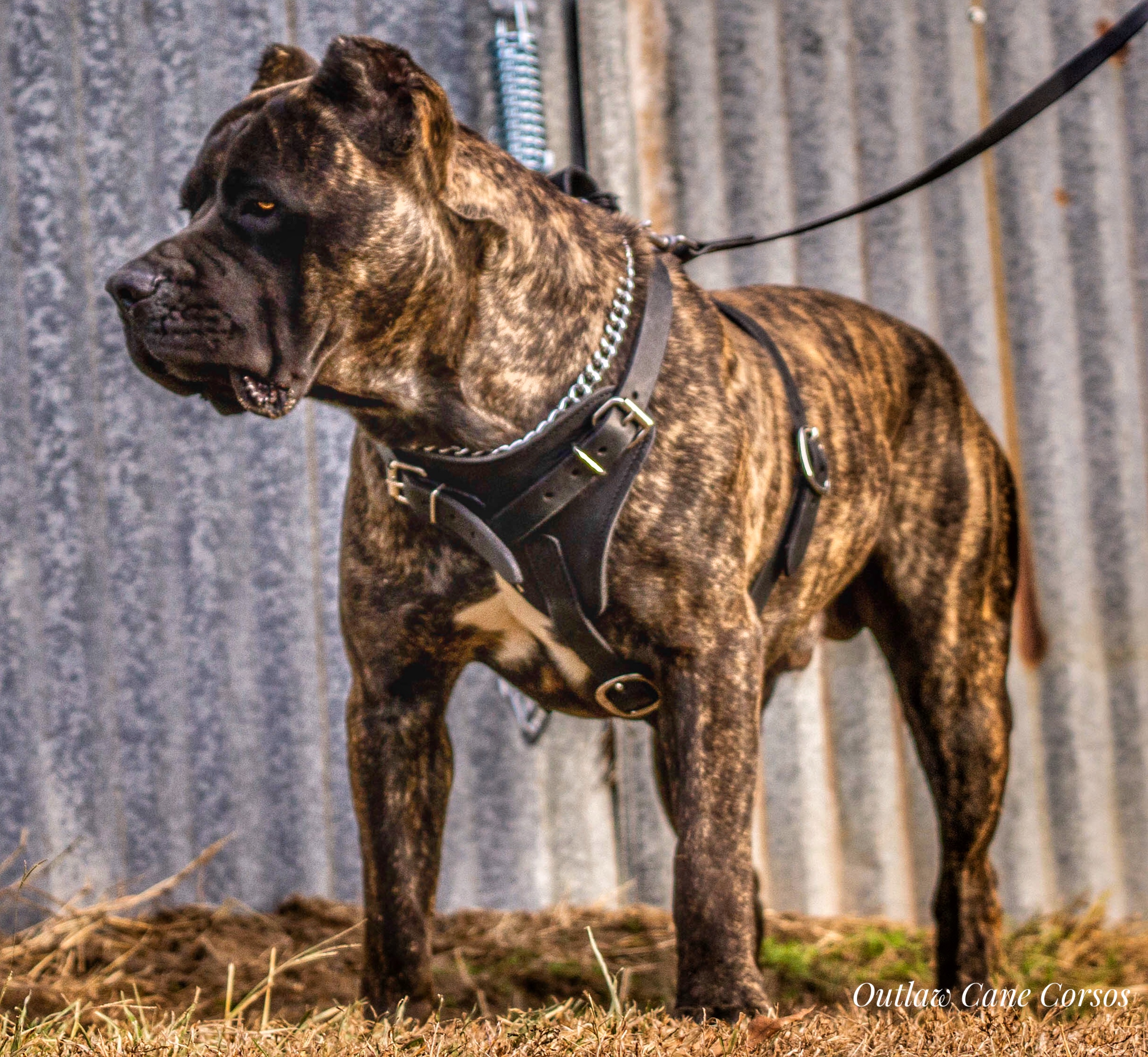 Here is a short article that explain a few things.
Regards,
Paolo”

The beginning of the story. Paolo Breber

In 1973 I was living and working in the province of Foggia in the south of Italy. In my spare time I was studying and writing about the Aprutian pastoral dog (misnamed the Maremma sheepdog). Having read an article of mine on the subject, a man called Giovanni Bonatti wrote me asking if I had also come across a dog in those parts looking somewhat like the Perro da Presa Mallorqueno. He himself had actually never seen it and was simply passing on information obtained from another student of dogs, Francesco Ballotta, who had observed many of these mastiffs/catch dogs in the province of Foggia back in the 1930s. This was the cue that set me searching. I began looking around and enquiring. Everyone seemed to know the animal well but no one could tell me where to find it. From what I gathered, it had been a common working dog till the 1950s and then practically disappeared in the 1960s. But a breakthrough came in 1974 when at a dog show in Foggia I was at length able to see six CCs in the live. I did not let pass the occasion and promptly bought one of the females there. Mirak, this was her name, became the foundation of all that came later regarding the breed. When she came into heat I looked up the owner of Alioth, one of the males I had seen at the dog show. The two were actually quite different: Mirak was short and stocky while Alioth was tall and rangy. But judging by results their genes combined very well. On November 14th 1975 Mirak gave birth to seven really good puppies of which Brina, a female, and Dauno, a male, I kept track of for my breeding program. In the mean time I had located another male to the name of Picciutt which I later used with Brina who on 15th January 1978 gave birth to ten puppies.

In May 1979 I received a letter from Stefano Gandolfi, who was then sixteen years old, saying he greatly desired to participate in my project of reviving the Cane Corso. I was very glad of this offer because I had quite soon realised I couldn’t continue all by myself. By this time I had produced many puppies but because of my limited means I could only keep Mirak while the rest were given out to friends and others, most of which became inevitably lost to my breeding program. Thus any collaborators were greatly appreciated. Gandolfi was living in Mantova, in the north of Italy, and was friends with the Malavasi brothers who ran a commercial kennel. In September 1979 I took them all on a tour of my local Cane Corso contacts in the South. I also transferred Dauno, Brina and Tipsi to the Malavasi kennel, Tipsi being a daughter from Picciutt x Brina. Various litters were produced during this collaboration but all within the gene pool of Mirak, Alioth, Picciutt and another unrelated dog, also named Picciutt, that I had later found.

At this stage another person broke new ground in the quest of the Cane Corso. Paolo Paoletti moved independently but he kept me informed of his results. He discovered more very good rustic Cane Corsos from a much wider area that I had explored. He set up his own kennel and produced an excellent line which, however, has since been disbanded.

On 24th December 1980, a litter out of Dauno and Tipsi was born at the Malavasi kennel. One of the male puppies entrusted to Fernando Casolino, a local fancier, turned out to be the best looking specimen we had produced so far. His owner became so enthusiastic with Basir that he, together with Gandolfi and the Malavasi brothers, decided the time was ripe to apply to the Italian Kennel Club for recognition, using Basir as the type specimen. In October 1983 we founded the Cane Corso Breed Club to this purpose. In all this there was only one thing that I really wanted for myself: the writing up of the Standard of Points. But at this point of the story, the others decided I wasn’t needed any longer and so from then on excluded me completely in the business of getting the breed recognised and defining the standard. The standard they produced, besides being too elaborate and mainly concerned with conformation, has one really very bad fault: it allows for an undershot jaw! This happened because Basir, the reference type, had an inverted-scissors bite. As I have at length explained elsewhere the Cane Corso is a working catch dog and therefore requires

a perfect set of teeth and jaws i.e. the scissors bite. Any other type of bite is simply faulty. To really clinch matters these other people acquired a blatant Corso x Boxer mongrel called Otello with a grotesquely undershot jaw and worked his genes into their blood line. So those pedigreed Cane Corsos looking like 19th century boxers that you see at the dog shows are the result. Of course this has betrayed all that I had in mind. I wasn’t interested in creating something novel for the fashion market but in saving a cultural heritage. However, not withstanding  all these awful pedigreed mutts, there are also very many authentic Cane Corsos in circulation and in the end they will prevail, if not for any other reason, for being far more handsome. 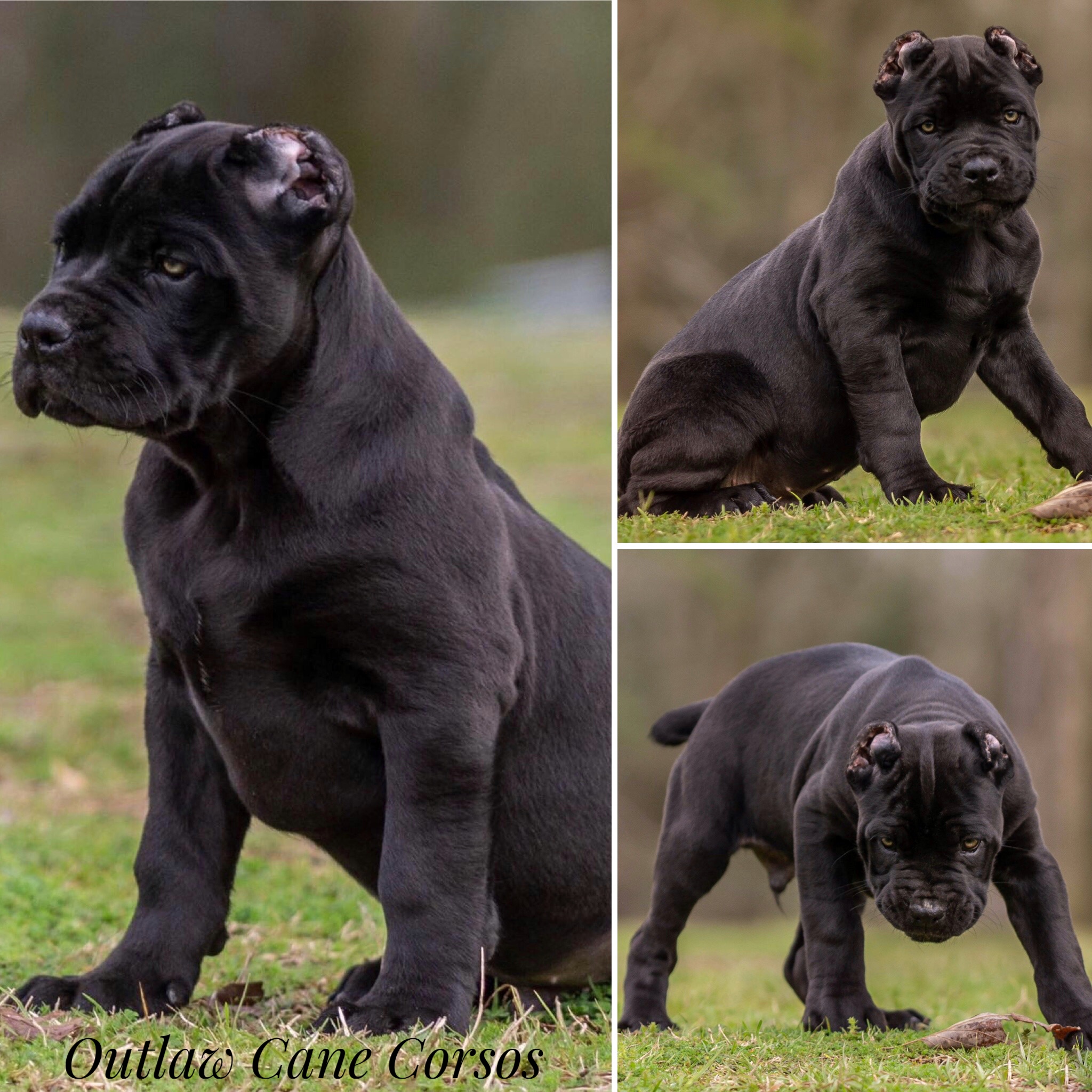 “Your dogs, judging by your videos, are the perfect old-time cane corso, they even have the famous “fire” in their eyes! The result I hoped for when I started.” …. Paolo Breber”